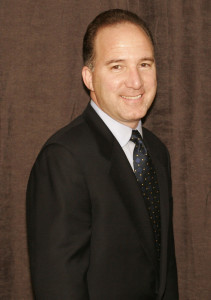 Since April 2011, Howard has served as the President of Harbor Yard Sports & Entertainment, the management company that oversees the day-to-day business operations of Webster Bank Arena in Bridgeport. He is also the president of the Bridgeport Sound Tigers, the minor league hockey affiliate of the New York Islanders.

Howard joined the Sound Tigers from within the Islanders family having partnered with Charles B. Wang, who owns both teams, at Islanders IceWorks on Long Island.

Since 1999, Howard has owned and operated the SportsCenter of Connecticut in Shelton, a recreational venue that features mini-golf and a driving range, fitness and rehabilitation facilities, laser tag and the world’s only double-decker skating rinks.

Since 1997, Howard has also served as president of Bishop Design and Development, a Weston-based real estate development company.
He currently lives in Weston with his wife and their three sons and 1 daughter. He graduated from Syracuse University in 1981 and Brooklyn Law School in 1984.